The aesthetic function of picture frames

Are picture frames old-fashioned? Definitely. There is plenty of new-fangled technology that goes into them, like optically coated glass and chemical buffering, but the idea goes back several centuries at least. Like other traditional practices, picture frames have evolved gradually, and rather conservatively. The practice persists, even in post-modern times, because there is something deeply satisfying in the act of framing a picture. Without the frame it is not yet complete. Vincent van Gogh said that a "picture without a frame is like a soul without a body."

The picture itself is also a traditional form; in fact, picture and frame were most likely invented together. The picture contains a world entirely distinct from that of the viewer, and imbued with great power. It is the role of the frame to mediate these two disparate realms, and to provide not only an effective barrier, but also a zone of transition from one to the other. It is the doorway into the adjoining room.

To be an effective container it must have a visual weight and strength in proportion to the magnitude of the space and energy within – a cyclone demands a more massive restraint than a butterfly. To provide an effective transition the frame must be wide enough (often in combination with a mat or liner) for the eye to pause on the threshold. It must ideally contain some elements of both worlds, certainly some colours or textures from the picture within (although there are exceptions – there is a beautifully framed woodcut print by Joe Fafard in the Agriculture Building, black and white, of course, but with a bright red frame!)

While artists are not necessarily very good at choosing frames for their own work (I include myself) the skills needed are much the same, that is, an attentive eye and a trusted intuition. By trying out various combinations and giving credence to small inclinations, it is possible to discover a framing solution that could never have been planned. 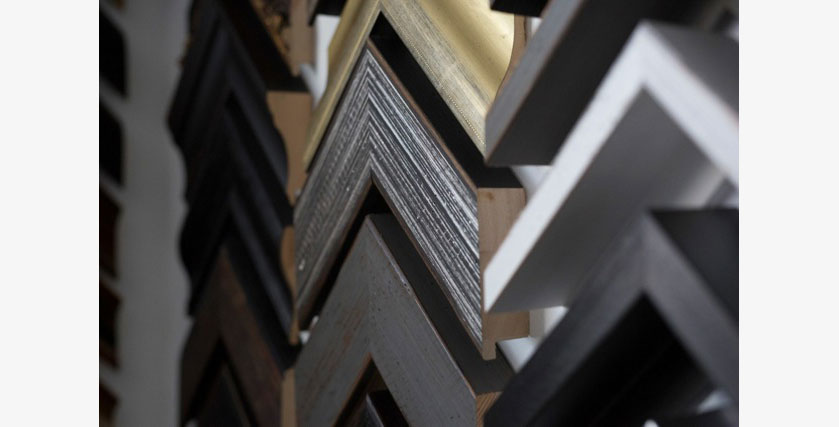