Black and White (part I)

There is a prevailing notion that a properly framed picture should have a white mat and a black frame. While this combination often looks perfectly acceptable, I would like to dispel the authority of the practice.

Michael Taussig, in his remarkable book, What is the Colour of the Sacred? examines the history of our culture’s preference for black and white in situations that demand formality. He traces it to the height of the British Empire when African slaves were purchased from other Africans with shiploads of brightly dyed fabric produced in English mills. The bright colours were considered appropriate for the “primitives”, and scandalously inappropriate for the English, to the extent that a law was enacted forbidding the wearing of any colour other than white.

Today, the law still holds: the civilized metropolitan wears only black and the museum walls are painted strictly white, while the denizens of the third world garb themselves in hues of brilliant protest–in Belize City the formerly white Victorian houses have been gloriously repainted in psychedelic splendour. In short, black and white is a pure and simple dictate of fashion, an outmoded fashion at that, and unrelated to the effective presentation of a work of art.

Moreover, a rule of any kind is something that should arouse immediate suspicion in the realm of art. There is no formula for the production of a successful work of art; neither is there one for its display. No two paintings are alike–why should their frames be? The practice of the uniform framing of a series of works for an exhibition is the offspring of the institutionalized museum where it is thought that the art must be handled in such a way that there is no effect upon it by the process of its presentation–it must be suspended in sterile and neutral surroundings. This is a fallacy, of course, since the resulting exhibition is anything but neutral, serving the needs of the institution rather than the needs of the art.

What then is the function of a picture frame?

A picture, as Terry Fenton so beautifully explains in What is a Picture? is a highly developed art form: it takes a certain shape, follows certain traditional dictates and functions in a specific way, much like a poem, a story, or a song. One of the distinguishing features of a picture is that it is contained within a rectangular boundary giving it clear limits and a definite inside and outside. The frame restates this boundary, giving it importance, as the curtains on a stage reinforce the limits of the theatrical form. But of course, the frame’s function is much more than this. (to be continued) 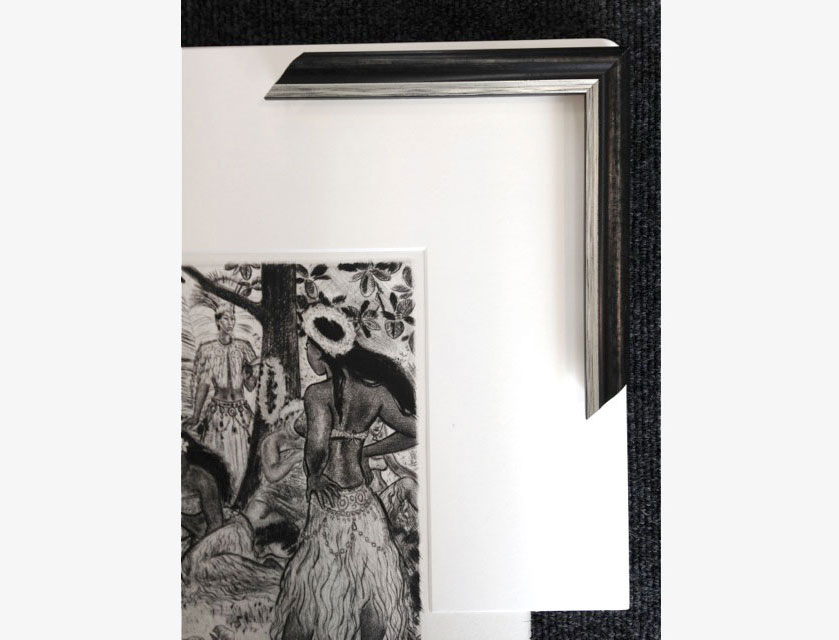